Emissions of reactive nitrogen compounds from soil are important, but potentially underestimated, contributors to atmospheric chemistry. In particular, some studies suggest soil emissions of NO may be twice as large as previous estimates; other studies suggest soils represent a previously unrecognized source of HONO. Our group implemented into the Community Multiscale Air Quality (CMAQ) model a state-of-the-science soil parametric NO emissions scheme, which better represents their responsiveness to meteorology. We then developed a mechanistic model that links the CMAQ, EPIC, and DayCENT models to simulate the biogeochemical processes that influence emissions of not only NO but also HONO, N2O, and ammonia. We are investigating how this new scheme affects simulation of air pollutants observed by satellites and in situ monitors. Ongoing work will seek to further enhance model estimates of soil emissions of a range of nitrogen species, and characterize how they are influenced by fertilizer application and other agricultural management practices. 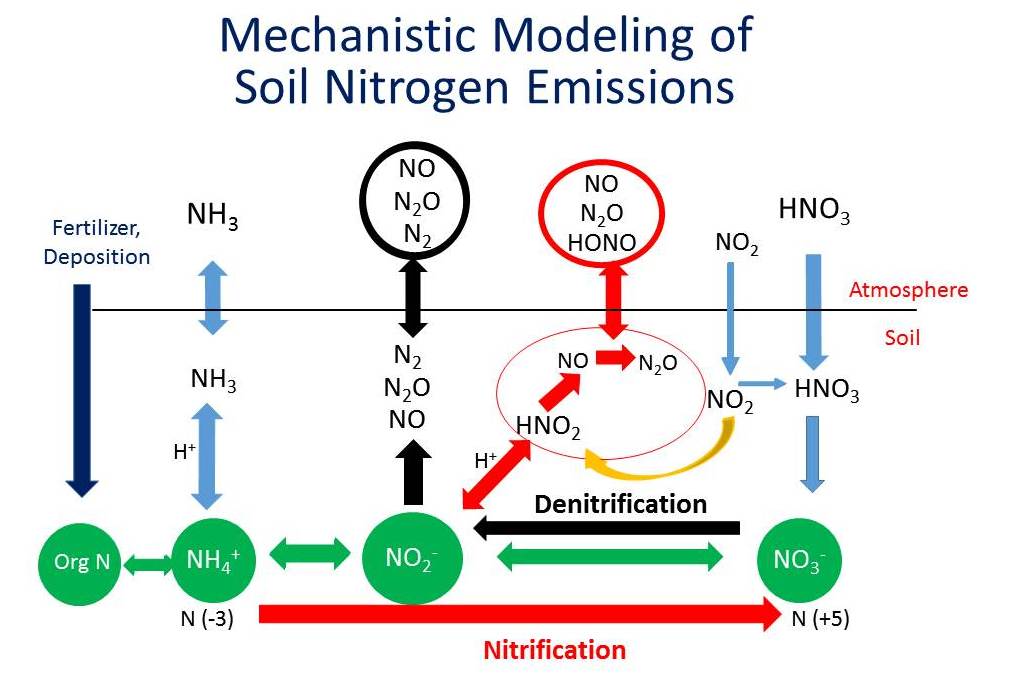